Who Protects the BAJO AGUAN Hitmen? 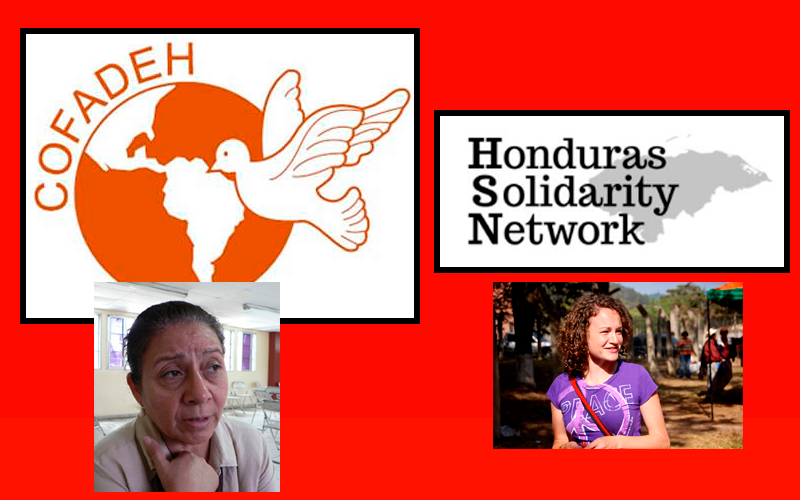 The Bajo Aguan Zone is one of the most conflictive áreas in Honduras, where it presents the most difficult cases of murder for investigation. It is more difficult than to unravel a spider’s web.

The murder of Jose Angel Flores (Coco) has raised a few flags in our community, and sadly an opportunity for us to point the finger to the main authors, collaborators and the hitmen that have been anonymous so far. It´s not only the one who pulls the trigger that have responsibility but also those who permit it.

Because of the direct accusations made by the sons of Coco, Bladimir and Angel Flores we know that their father was executed because he was acting in opposition of Celio Rodriguez, because of his wish of carrying a transparent administration in the organization; also because Coco was blowing the whistle on Celio Rodriguez’s dirty business with drug dealers, and protection of Wilter Blanco and “Los Cachiros” “Narco ruta blanca” (Blanco’s Drug Route). In spite of all this events, the government is not investigating enough.

Let’s cut to the chase. Who are consenting or know all the truth and are keeping quiet?

Rafael Alegria a congressman of the Libre party and Celio Rodriguez father in law, defends with claws his on in laws interest, and also knows about all of the wrong doings and murders.

Rafael Alegria campaigned for his son in law as he was competing for the presidency for MUCA. But Jose Angel Flores wan the race and this signed his death sentence.

Coco in his death letter wrote that he was being protected by a Human Rights Organization, however, he insisted on asking for an investigation of these Organizations. COFADEH, presided by Ms. Bertha Oliva who lives in Tegucigalpa is one of these advocates for Rafael Alegria’s son in law. Knowing that this accusation affect their pockets with the funds that come from international organizations, since they make their living out pretending to be protectors of human rights.

This doesn’t end here, what we are trying to explain is a network , a mafia of human rights imposed by a political movement led by Rafael Alegria among others. Sadly they have turned from the noble purpose of protecting the most beaten sectors, and found a “modus vivendi” turning themselves in freeloaders.

Indirectly for keeping quiet they turn into partners in crime, these ruthless hitmen from Bajo Aguan. Without going too far there are other organizations that visit our communities, they come and do back up research, for example Honduran Solidarity Network (HSN) coordinated by journalist and central american’s human rights activist Karen Spring. We can’t make any sense on the basis of their missions because pitifully this NGO is completely politicized and aligned with the same extreme ideas of Rafael Alegria and his party, and of Bertha Oliva (COFADEH) who protects a drug related criminal Celio Rodriguez.

All of these NGO’s know perfectly about the conflicts that we face, turning for our purposes in a useless network of human rights defenders, they also know the roots and the negotiations of the drug traffickers in this area for the protection of their territories. Why they keep quiet? Why is it that they don’t help us? Truly, what interest moves them?

We ask the government of the Republic of Honduras to hear our petition and hat is to investigate thoroughly all of those involved, all of the local and international NGO’s.

We ask the government of the Republic of Honduras to hear our petition and hat is to investigate thoroughly all of those involved, all of the local and international NGO’s.